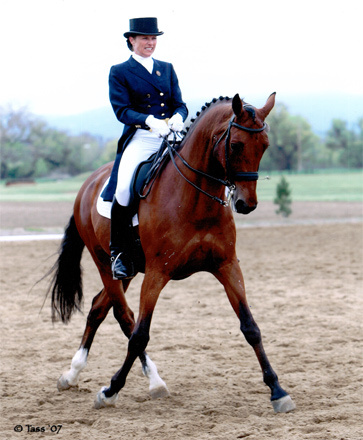 Rachel enjoyed her first successes at the FEI levels aboard Kristal, a Dutch Warmblood she purchased from Villa Rosa in 2005. In addition to earning Rachel’s USDF Silver Medal, they enjoyed many successes together including:

Rachel is on FB

Rachel is on FB